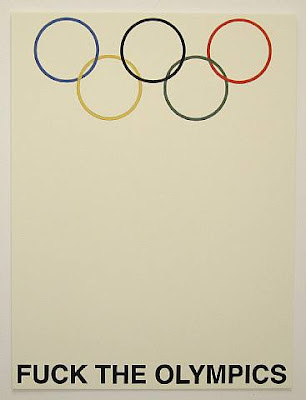 "What's with your women's teeth? And everything smells like cunt." - Mitt Romney addressing Parliament

"They're all a bunch of damn dykes!" - Prince Philip, scandalized by female athletes

"Olympic worms, they swim through my cerebellum, dream to die, Billy!" - Brian Williams thrashing around in the Thames

"It's called Slumdog Industrial Millionaire and the Ecstasy of Victoria. Not even the Nazis could top this shit." - Danny Boyle on the Opening Ceremony

"I just want to be paid." - Michael Phelps diving into the Avocado Pool

"One of us, one of us!" - the US Women's Gymnastic Team flipping down the street after a Cockney dosser

"I've got Olympic fever, but I can't get through the checkpoints to the hospital!" - Boris Johnson, deformed by gout

"I'd have preferred fucking." - HM on Olympic cheerleaders

"Why did I say it, Mr. Leader? Commanding the Olympics taught me I could do anything, lead anyone—or overcome them by force of arms. Before Mitt puts his hands upon it, there were no Olympic Lanes and the athletes drove to games like mere mortals. They know they're not. They are something greater, the Thunder Chattel. So when I watch some limey like Cameron condescend to me about 'his games' and 'his people,' well, it just reminds me where I should be: in control. This pageant of capital only dances when there's a Leader humming its melody, whip in hand." - Mitt Romney to a captive Ed Miliband, floor of Wembley Stadium
Posted by pH at 5:21 PM

Labels: 28 days later is too long to wait