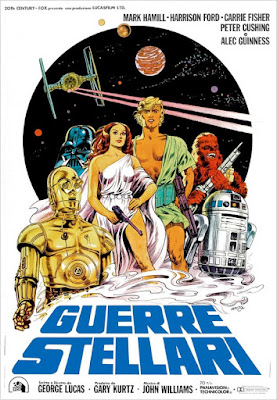 "I don't see how any of us can ever defend what we've done." - Rian Johnson

"Certainly, it's an honor to write the first Star Wars theme song with lyrics." - Elvis Costello to Carson Daly

"It's like having a splash on a Sunday night innit, bruv?" - John Boyega on the Trilogy

"Whenever I go online and search for a film, I always add the word 'movie' at the end so there's no confusion about what I mean." - J.J. Abrams on his process

"I"m approaching Solo as a sort of next generation spin on my Andy Griffith years." - Ron Howard

"I didn't get into motion capture for cheap thrills." - Andy Serkis walks off the set

"It's a Sex Wars now." - George Lucas to a stunned Spielberg on the set of Bingo Player One

"Jar Jar is the key." - President Trump opening the Box

"Star Wars isn't just a movie and it isn't just a dream. It's the organizing future for another way of living, in a New Society." - Lawrence Kasdan penthouse expansion approved by Condo Association at New Presidio Tower B

"Love the starship, love the Empire." - Daisy Ridley on the USS Carl Vinson

"We in the military place a special honor on the freedom to fuck our assistants and deny the reality of History." - General David Petraeus, guest movie columnist, Stars and Stripes 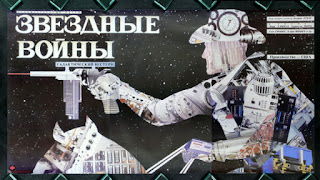 "All activism is a product of Russian espionage." - Kathleen Kennedy vetoing another sex scene

"The Studio's original plan was to intentionally make a terrible but financially successful final installment for the end of the current Trilogy, in line with the Marin Plan we agreed to in 2014. What we didn't see coming, however, was the astonishing stake that His Royal Highness, Mohammed bin Salman, would claim on the Trilogy by investing with the Disney Company this year. With such progressive and reform-minded vision now in place for Star Wars, it was clear to me that my services were no longer necessary." - Colin Trevorrow

"Do you think it was a mistake to allow Prince William and Prince Harry to be stormtroopers in the new movie?"
"Not as big of a mistake as allowing Robert Mugabe to play Supreme Leader Snoke." - Rian Johnson and George Lucas playing 3D Monster Chess at the Delta Sky Lounge, SFO

"I'll show you the damn Force!" - Billy Dee Williams knocking over a plate of lox at a Disney Studio meeting, Brentwood

"There's nothing like being around money and power and athletes and babes and feeling no sexual desire! Nothing like it!" - The Rock high-fives J.J. Abrams while visiting the set

"What's that strange clock, Christian?"
"That's the special timer that will let me know when I have to be in a Star Wars movie."
- Christian Bale

"If you're going to be a true villain you can't show any charisma." - James Cameron secretly trains Adam Driver on his state of the art submarine, The Bigelow 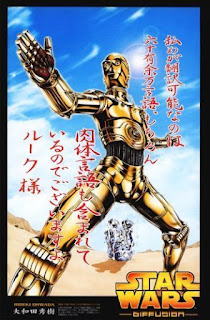 "It all seemed clever at the time, but in retrospect, I regret it: Girls was more than a bit flip about the tragic fate of Millenials, that doomed generation incapable of loving or being loved, whose every need and aspiration were structurally impossible to fulfill. The reality denialism of Star Wars is in a way much more honest." - Adam Driver

"Money, value—it's all meaningless to me. It's not real. The only currency that's real to me is the change I save for the next round of laundry."- Harrison Ford, pushing four shopping cards laden with trinkets

"Has there ever been a more concise expression of false consciousness, that is, of the current zeitgeist than the fantasy that you can be both Republic and Resistance?" - Joy Ann Reid

"The only thing flimsier than the infantile Manichaeism of the original trilogy is this George W. Bush/Christopher Nolan good is bad, bad is good, 'we have to be evil, our hands are tied' bullshit." - David Brooks ruins another one of his Millennial wife's parties

"Nothing compels obedience like spontaneous affection for the kawaii avatars of the Law." - an on-set marketing consult explains the Pongo or whatever the fuck that cute bird thing is

"The innovation of the original trilogy was that it figured out how to monetize world building: alien races were no longer, as in former sci-fi or fantasy, allegories for human characteristics or occasions for thought experiments, but tradable chits, already action figures even before they were conceived of. Even before the innovation of the Internet, George realized that virtual space is marketable space. He even paved the way for the Marvel MCU's strategy of exploiting political vagueness with a postmodern signifier salad of political allusions, e.g., the Rebels are Viet Cong but also somehow Leni Riefenstahl? It gives everyone, no matter what their political orientation something—or nothing—to walk away with. Since then we've had to innovate. What we're going for with the New Star Wars is a kind of unprecedented, hyperthin, n-th degree ouroboros of brand recycling that will make the mercenary pastiche of George's films look like fucking Shakespeare. It's not enough that you're literally looking at Luke Skywalker; we also have to load the movies with a bunch of Pavlovian cues to the audiences to tell them they're having fun: props from the original movies thrown into the background with no context, 'references' to minor characters and jargon to endlessly pick over. Nihilistic as it was, George's cannibalization of history at least took creativity to pull off, but that sort of imagination is precisely what must be cancelled forever. Nothing can be but what it is but must already be a reference to itself; nothing can ever be other than itself and must always return to the Same. Accelerate the self-referential loop to infinity and you abolish Time. There is no History, no Future: there is only the Forever Star War." - Kathleen Kennedy, forging the Eternal Brand with the anvil of the Eternal Return

"Any world but this." - Carrie Fisher 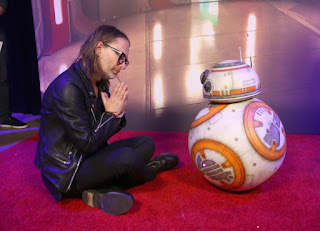