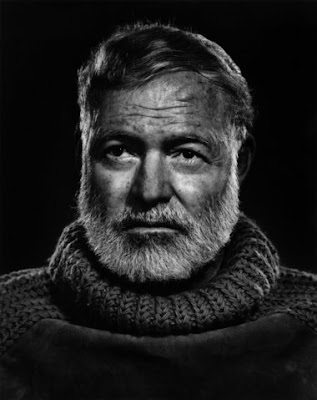 The last time I saw Papa was in Key West. He was having a tea party with several cats he'd tied down in chairs around the table, all dressed in human clothes. "This is Gerty," he said. The one across from him. A fat, resigned-looking tabby in a beret. It did look like her, I thought.
"Gerty can't have biscuits today," he said. He dipped his finger in his tea and then used it to massage the anus of the kitten cradled in his arms. "She already ate." The kitten moved its bowels. He started to cry. "Gerty ate her children."
Posted by pH at 5:40 PM No comments: 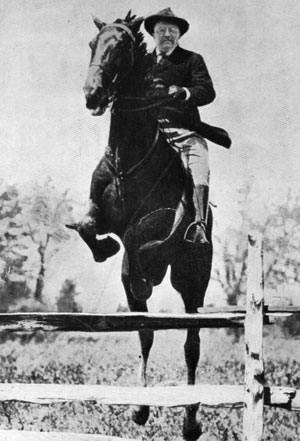 "He fucks them, he races them down, and he kills them. I mean, what the hell?" - President McKinley on TR

"I want to emulate President Theodore Roosevelt." - John McCain with a GQ reporter, gazing out on the bucks on the fields of Sonoma

"It's going to be a bull moose party." - the Rough Rider

"That damn glue-muncher would make his horse Consul and his golliwog Chief Justice." - historian and social scientist Woodrow Wilson

"Strike the Dago now while the People are in estrous!" - the Hero of San Juan Hill

"What in the Sam Hill is a woman doing on the Force?!"
"You appointed her, sir."
"The devil, you say!"
"Aye, sir. She came to clean the stables and you wouldn't stop petting her hair and calling her 'Little Texas.' You put your badge on her and said she was New York's Finest."
"Damn horsey Irish Woman."
- NYPD Superintendent Haroun-al-Roosevelt appoints the first lady officer

"Why, that's a horse of a different color!" - TR to Al Pacino in Cruising

"It is not the critic who counts. The credit belongs to the man who is actually in the arena, whose face is marred by dust and sweat and blood; who strives valiantly; who comes short again and again, because there is no effort without shortcoming; but who does actually strive to do the deed; who knows great enthusiasms, the great devotions; who spends himself in a worthy cause." - The Dynamo of Power, arraigned for animal cruelty 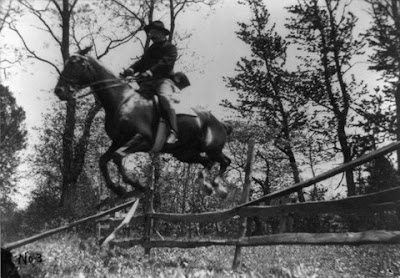 Labels: they fuck horses don't they

"I must destroy the Republic to save it." - Aaron Burr

"I only fuck in the steam room. When I do It, I think I should feel as though I could die at any moment." - Theodore Roosevelt to a stable of ponies

"Mastery of Death is nothing compared to the Power of the Screen, young lady." - Ronald Reagan to a visiting and frightened Gene Wilder

"I think if we sell this right, you shitheads, we may be able to steal half of Mexico." - James K. Polk rallies the Cabinet

"If I die, democracy dies with me." - William Henry Harrison

"Sometimes I'd make it in my hand and smear it on the wall of the Oval Office." - Jack Kennedy

"Nothing scares me more than Japs or Jews." - Harry Truman

"If you ride anything just hard enough, you'll be its Master." - LBJ

"Deep down, I believe people are good, Haldeman, I know it." - Richard Nixon

"Changing the smoking age to 21 in our City will be a major victory in our continuing war on tobacco use and at-risk youths." - Bloomberg

"I hate the smell of menthol." - Georgina Bloomberg

"Once those fucking Democrat-Republicans get in this whole shit house is going to fall apart." - George Washington privately to John Adams

"General Jackson we're surrounded by them, what in the name of the Heavens shall we do?!"
"Stand fast. Kill them all."
- Andrew Jackson, Battle of New Orleans

"I like most people when I pretend they are dogs." - Abraham Lincoln

"Does any maid have hair so fine as this noble creature's aureate mane?" - T.R.

"A pull on the grog jar and a fuck on a rollicking boat on the Mississppi is what every man deserves! Haw Haw Haw!" - FDR rollin'

"Only in the reflected firelight of the paint brush does man see his illusory vision." - George W. Bush
Posted by pH at 10:12 PM No comments: 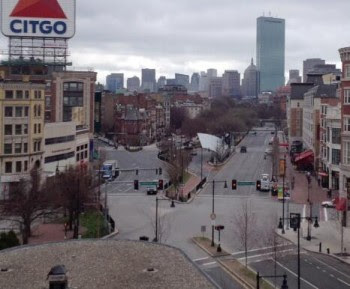 "The Stupidity of random violence must be countered with the irresistible power of Organized Stupidity." - Barack Obama

"I'm having a beer for breakfast. Wake me when Murder Week is over." - Ben Affleck and Matt Damon, trapped in their Allston apartment

"It’s like a snow day except instead of going outside to sled you have to stay in all day eating your own feces." - Casey Affleck

"The important thing is that whether a man is hunting police or being hunted by police, no matter where, the entire city will cower."
- Terminator Ray Kelly

"Never send a cop to do a drone's job." - Robert Mueller

"There can be no stand-up after Boston." - Conan O'Brien

"You guys, thirty-two people died in a bombing in Baghdad on Thursday--"
"WOULD YOU FUCKING SHUT UP?! NO ONE WANTS TO HEAR YOUR FUCKING SHIT!!!"
- Wolf Blitzer loses it on an intern

"April of 2013 shall forever be remembered as the month that the Senate approved Patriot Act Funding for Boston." - Sen. Mark Pryor

"I think we need to take this tragedy as an opportunity to reflect, and not only to reflect but to ensure that reasonable gun laws have no chance of passing." - Sen. Chevy Cruz

"The truth is that our society is populated by an unknown number of genuine Murder Bros... and fertilizer." - Wayne LaPierre

"What droll allegory." - Tommy Lee Jones on the shit factory fire that destroyed the West

"I'm confident, and West proves it, that capitalism will always kill most efficiently." - Tony Hayward

"Today terror has a name and that name is Miranda." - Eric Holder

"Some will say that even if there was an ideological dimension to these crimes, at bottom they were the deeds of troubled, misguided, despairing young men. I say to you, what are all angry young men but terrorists?" - Sen. John McCain

"Words cannot express how moved I am that the bombers are Chechen." - Vladimir Putin

“What makes this 'terrorism' as opposed to, like, just a massacre, like Columbine?”
“Well, bro, I mean, like, Chechens aren’t exactly white, you know...”
- Steven Tyler and Mark Wahlberg

"Acts of terrorism may once have been effective as means of getting across a political message, but at this point in history it is so abundantly clear that any intended message is so foredoomed to being misunderstood that anyone who commits such acts must actually not want to be understood. Massacres like this are mute cries to deaf ears." - Janet Napolitano

“What we owe the dead is answers. Too late.” - CNN

"What is it about brown flesh that I cannot feel the pain it feels?"
- George W. Bush, ruefully to himself as he cradles his newborn grandchild in his arms

"And so, after taking half of Boston hostage for the day, the police only got their man after--and as a direct result of--setting their prisoners free. Now, this may make it seem like it was pointless, even counter-productive, to ground half the city all for the sake of finding one man, but trust me, it worked splendidly: no one else got killed by police."
- Ed Davis

"Hey, bro, you can wake up. Murder Week is over."
"Finally! Time to kick back, relax, have a few beers and--CHINESE EARTHQUAKE!"
- Damon and Affleck in Allston-Hell
Posted by pH at 10:05 PM No comments: