Show Me a Mayor 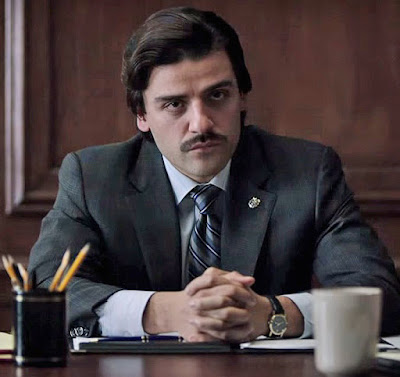 "The people cry out for a mini-series." - Joe Biden

"...and you play Lord Hawhaw Bossman...." - David Simon gets it together with Bob Balaban

"Only a white Hispanic can save us." - Oscar Isaac as Ted Cruz in the unaired pilot for Ciudad de la Futura, on the failed quest to complete the trans-pacific Tijuana monorail

"There is a white beyond white, a white we can all be, with the right charter schools: hyper-white."
- Cory Booker

"Every city a Singapore!" - your friends in 15-20 years (post-date for exposed brick)

"The mayor told me I could be homecoming queen."
- Max von Sydow shows up uninvited on set

"The show is compulsively watchable but tastes of bran."
- A.O. Scott deigns to turn on the TV in his apartment

"We'll have to write our way out."
- twelve show runners trapped in a mine

"Do it again, but cheaper."
- Paul Haggis directing

"I find Ballers more compelling because the Rock is sort of asexual; like he's supposed to be sexy but he can only be charming. There's a fuck scene between him and his gal and it's not sexy at all, it's alike watching two marmots fuck." - Michael Douglas, high, interrupts an impromptu That's 70's Show reunion at the Premiere after-party

"I can do anything!"
"So what, I can do it by barely doing anything at all."
-Nic Pizzolato and David Simon

"Somebody hacked the TSA body scanners and are vaporizing the people!"
- Meanwhile at the Newark airport

“Most lives are seed scattered on fallow ground.” - Michael Bloomberg

Posted by illuminatus at 10:16 PM No comments: