The Southern Nihilist Watches that Evenin' Political Sun Go Down

"This lemonade is wonderfully relaxing, I sure am glad to get back to some good clean country living after all those sweaty days in town."
"That's moonshine."
- Al Gore on the old farm

"Look, like Poppy says, sometimes the Great Eye falls on you, sometimes it falls on the Demon, and once such a beast stalks the land, you have to tend to your soul, your precious own soul." - Jeb, Bush Compound, Kennebunkport, ME

"Great apes all of y'all!" - Southern Nihilist flies from joy into an alcoholic rage and accosts everyone at the Homecoming Game at State

"Does Hillary Clinton want to govern as a man or as a bitch?"
- Maureen Dowd does what she does

"Well, I may be old fashioned but I think government service is like a fine cup of strong black coffee. Leadership has to be more than just cream." - Robert Gates in a white sweater petting a tabby cat, Kennebunkport

"No, it's not like that, I just take molly to fuck." - Ted Cruz assures his wife he's faithful

"Well, for one, since I started a vegan diet, I've been way less handsy overall with ladies." - Clinton contradicts Southern Nihilist on whether people can change

"You see this windbreaker? Come to Vermont sometime, I'll fucking kill you." - Bernie Sanders to a 15-year-old boy who smirked during his speech in Bull Piss, Iowa 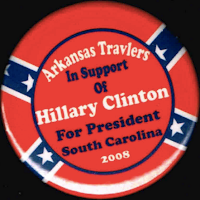 “Sometimes I just feel like my whole life is that scene in The Bicycle Thief. You know, where they go to the restaurant to find some simple happiness and respite but then can only afford appetizers. I mean, Jesus.” - Martin O’Malley, Succulent, Iowa

“Tall cans of beer!” - the Southern Nihilist cancels his scholarship with Tech and dies years later having never left his small town

"My friends and family all think I'm a great guy."
“Not your Mom though."
- Jeb with Ralph Reed, Kennebunkport

"Since I became a grandmother I'm not in favor of black steel assassinations anymore, I prefer that terror suspects be blindfolded and thrown out of helicopters hovering five feet off the ground." - Hillary in Kiss of Wool, NH

"We'll see who's laughing when I have my medical license." - Obama makes a crazy fucking bet with Rand Paul over blue margaritas

"I brought a big ol bag of potato chips on the plane! Pass 'em around!" - the Southern Nihilist flies coach for the People

“The wealth gap is a big deal but the reality gap may never be bridged, definitely not dammed.” - the Seven-Eyed Lion-Lamb of the Apocalypse

"Our party platform is disintegration and social war!" - Federation of Republican Cab Drivers and Livery Men

"What killed these whites, doctor?"
"Over saturation of the Ideal. Death by Image. It's rare to see it so concentrated."
- Obama consulting with Dr. Sanjay Gupta

"Meet me at #fullcommunism!" - the bandito Paul Krugman parts ways with you at the Pass to draw enemy fire and live on in legend 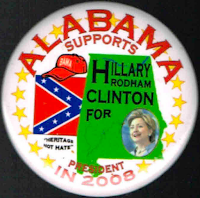 "I just can't take being white anymore!” - comes apart in the wind like a daffodil Oregon poverty

"A Deep State at war with itself? Get the fuck out of here—but before you do, have a butterscotch candy." - Biden's meeting with George H.W. Bush goes nowhere fast, Kennebunkport

"Haw haw! Okay okay...would you rather be surgeon general, win an Olympic gold medal, or win one of those scratch lottery cards where you get to play again for free?" - the Southern Nihilist eating catfish with Bill Clinton

“It’s not a question of what’s best for the people, but of what people are best—what sort of subjects are produced by and thrive within what sort of societies. Now, the sort of atomized, mutilated pseudo-objects liberal society calls ‘people’ are hardly the kind you can build communism with. But those are the facts on the ground. So what’s the solution? One the one hand, you could kill them all. On the other hand: if the people clamor for popular dictatorship, who are we to deny them?”
- Donald Trump
Posted by pH at 10:55 PM 1 comment: