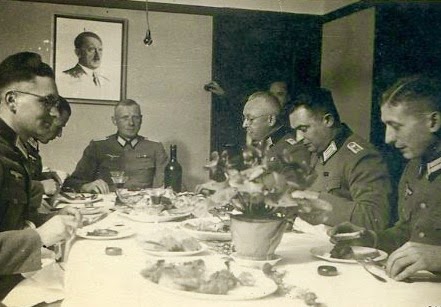 "That kale is not on the menu of every restaurant in this country is literally a crime against humanity." - Hitler

"I only drink Mexican Coke." - Franco

"Freshly cooked steel-cut oats are the only fucking way I can start the day." - Stalin

"I carry a small bag of tamari almonds with me everywhere I go."
- Eva Peron

"The only thing I love more that quinoa is muff." - Gertrude Stein

"Is this arugula collectively farmed?" - Trotsky

"I drink wine from the skulls of desaparecidos to feel more Chilean."
- Pinochet

"I don't eat anything I haven't killed myself." - Ariel Sharon

"At table the Führer made another strong plea for vegetarianism. I consider his views correct. Meat-eating is a perversion of our human nature. When we reach a higher level of civilization, we shall doubtlessly overcome it." - Paul McCartney

"People say Freud is dead, but all I see is oral regression."
- Caliph Ibrahim

"Send monsieur up a whore and a pot of coffee, immediately."
- François Hollande's secretary

“Why, I do believe I'll have the slaw with that ham sandwich!!!” - FDR screaming at a lunch counter, Biloxi, MS

"Alright folks, group lunch. Let's hand out the burgers, one for each and then we'll share those sides, right? Ok, where's the slaw?"
"Well. Mr. President, usually Jay would get the slaw."
::His mouth open, vacant stare, a humming sound...::
"Mr. President?"

"What's all that in the fucking tub, James?"
"Get in, Mary!"
- the Carville Household Slaw Tub 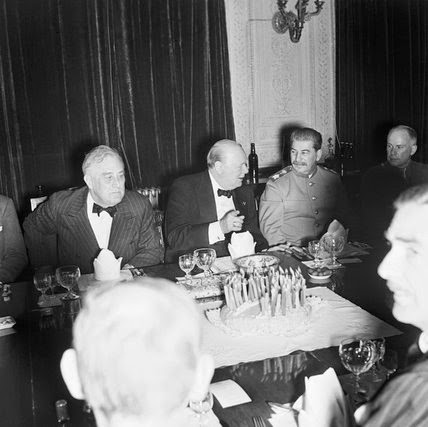 The Forever War, or, The Sustainability of Evil 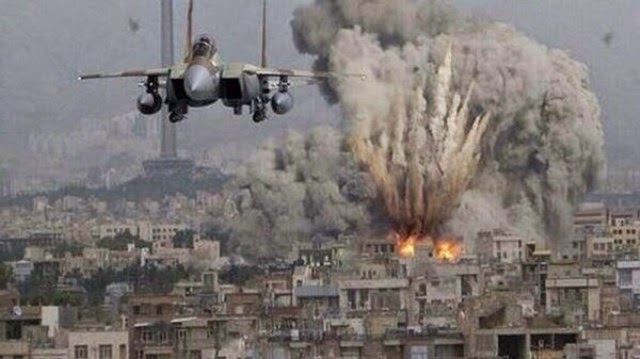 "It's okay, no one cares anymore, you can kill them all this time if you want, or not, it doesn't matter." - John Kerry

"Whether you believe that Zionism and liberalism are essentially incompatible depends on how invested you are in thinking of yourself as a liberal instead of simply as a racist." - Peter Beinart

"It is no longer enough to drive the Jews into the sea. When this is accomplished, we will trade in our rockets for torpedos." - George Galloway

"Why think about things when you could make money off of them?"
- Dieudonné

"The only good Jew is an anti-Semitic Jew." - Slavoj Zizek

"Violence is the only thing that matters." - Bibi whispering in the ear of his waiter as he tips big

"Would you rather push a thousand buttons or one button a thousand times?" - Vote for Hillary

"We knew we could count on him." - Hamas on Netanyahu

"My ancestors' suffering gives me the right to kill you!" - David Frum fighting Rashid Khalidi for the last chicken wing, MSNBC green room

"The Left has lost its monopoly on the hysterical." - Bernard-Henri Levy

"What we're seeing in Gaza is just another episode in the ancient struggle between the people and the State." - apparent foreign policy genius Joe Biden

"The first rule of modern urban warfare is that a threat can come from anywhere. In fact, threat is a kind of intrinsic property of the architectural environment itself. Every window, every wall, every stairway, every door, every playground, every brick and every stone, is a physical manifestation, as if out of Void, of anti-Semitism, and it must all be destroyed." - Matan Vilnai

"The double standard being imposed on Israel is unbelievable. No other country in the would be expected to accept this level of threat from its mass-imprisoned underclass." - Alan Dershowitz

"Why Israel? Because we care more when it's white people involved. When the news is on, I can barely tear myself away from the screen."
- Tahsin Beg, Yezidi spiritual leader

"What you are missing amidst all the talk of war crimes and occupation and human suffering is that it is undisciplined, unprincipled political laziness relying on the safety of insular coteries that we have to thank for history's greatest opportunities in urban renewal." - Michael Bloomberg

"This is not a Christian land, and Christian morality, of which every condemnation of Israel's conduct towards the Arabs stinks, does not apply here. This is the Future." - Elie Wiesel, key note address to AIPAC Policy Conference 2014

"On the one hand, one admires the Israelis for their Nietzscheanism and is moved by the force of their rhetoric, the clarity of their vision, the purity of their violence, the vividness of their hatred, and, on the other hand, it's all very Game of Thrones." - Lena Dunham

"Nothing you say on this blog can be as crazy as the things Zionists say in real life." - Yochanan Gordon

"I did what I did out of selfishness, cowardice, and weakness. I confess this to you with no expectation of forgiveness, let alone of pity, nor with any hope that I may salvage from this self-awareness any semblance of integrity, honor, or respect. On the contrary, it only deepens my shame. Hate me. I deserve it. I share your disgust for me and your contempt for what I have done. The righteousness of your anger is the only consolation left to us." - Barack Obama to a dead Palestinian child
Posted by pH at 7:54 PM 1 comment: